How much I love youuuuu. 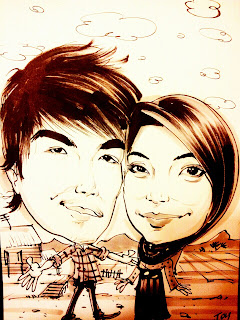 Mashary has his tummy full and is sleeping like a baby..It's funny how whenever he's asleep, I feel like I miss him so much that I wanna wake him up..haha.my lil son, may ALLAH Bless you always.

It's been almost a week since Hubby left to commence his studies starting with the Ophthalmology Posting. Hope he's enjoying it!

Of course, ALLAH Has Bestowed upon Mashary and I, Great blessings that we are still able to 'survive' during this separation, so far, ALHAMDULILLAH..
BUT,
nevertheless,
we still miss him dearly..

Not to forget our first anniversary celebrated very simply, with a cake and something really special, our first baby. I will still try to get you a gift anyways, despite knowing that love only is sufficient to make him smile.. 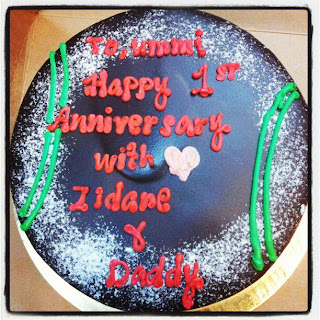 Aiman, My Hubby, has been surprising me in so many different ways since our marriage. Not to mention there were also bad surprises (haha) but they were too few to compare to the super good ones.

After marriage I started to see so so sooo many things fall into place.
I remember the thoughts I had at different occasions saying, "oh, no wonder I'm married to him". 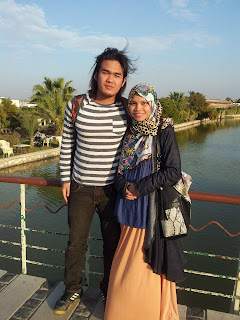 and recently,
when he wakes up in the middle of the night for Mashary's burping sessions,
bathing and cleaning Mashary every morning,
changing Mashary's gooeeyest nappies right on time,
and singing Mashary's favourite lullaby (the Quran) while putting him to bed.

The list just goes on and on,
Thanks for always being my Hero,
Thanks for being the Best Walid in the world. (I'm sure Mashary will realise this while he is growing up!)

OH ALHAMDULILLAH,
for I have not seen a better son to his parents, a better husband to his wife, and a better father to his son. 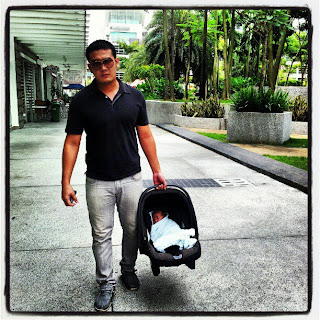 May ALLAH Bless our family with His Boundless Rahmaat,
and may we then be amongst those who fulfills the task of Rahmatan Lil 'aalameen.
Ameen 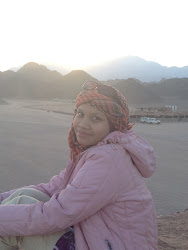